So this past weekend I went to a wedding in San Diego. I had originally had been planning on wearing that black dress I bought from Guess a few months ago that I had blogged about (a short black dress). But then I realized black is really boring to wear, especially to a wedding.  The wedding I went to was a fusion of American and Hindu traditions, and it was a lot of fun! Before leaving for San Diego, I ransacked my closet looking for something to wear. I originally was going to wear a blue high low dress but it fit too tight for a wedding and it was too short in the front. I tried a high low skirt with a Motel Rocks body suit. Again, too revealing. I ended up wearing this blue skater dress from Forever21 with mesh top. I paired it with some black heels and I wore my hair in a side pony tail since it was a hot day. I originally was going to wear my hair down and straight, but I have been itching to curl it. My boyfriend was on his way to pick me up and I had only curled half of my hair! I was rushing and I used my PYT straightener to curl the rest of my hair! Took a total of about 20 minutes to curl! After curling my entire head of hair, I pulled it up and to the side, and I intertwined the curls to make it into a single long curl. I think it turned out great! 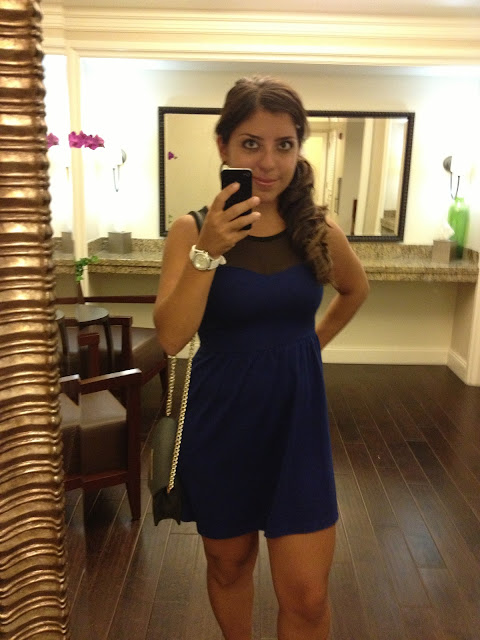 Here are a couple of pics! First is a “selfie” in the hotel bathroom. The hotel was GORGEOUS by the way. It was the La Costa Resort and Spa, super high class and super nice!
The next picture is very picturesque, overlooking the golf course, each of the ceremonies had a beautiful backdrop! Cameo by the boy 🙂
And lastly, a closeup of my hair. Love the way my highlights pop out now. I have been thinking about rehighlighting my hair, but I like the way my roots and most of my hair is dark and my ends are lighter (the remnants of my ombre from a year ago!). Maybe I’ll change it again next year. For now I am liking the darker hair. Once my hair grows long enough I think I am going to cut off all of the highlighted parts and have dark hair for a while. What do you think? 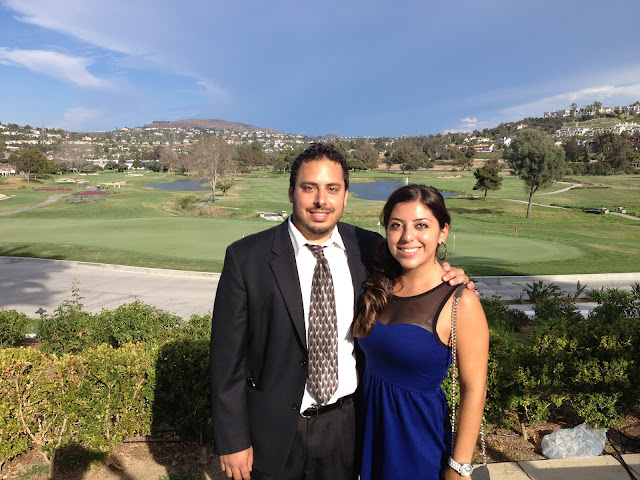 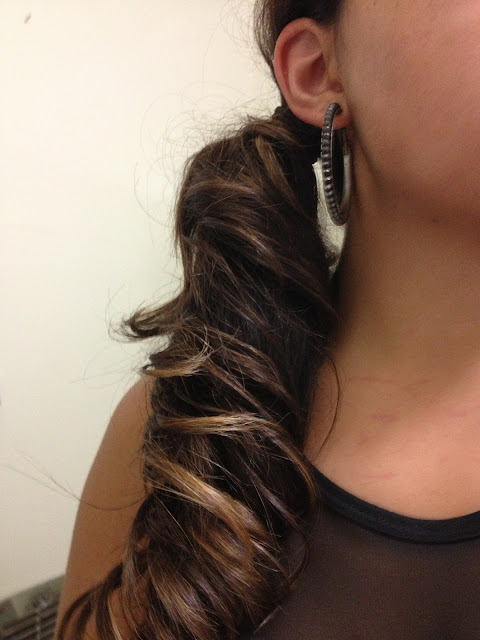