Today I bring you Part I of my Travel Diary, Conference and Sightseeing in Lisbon, Portugal!

I was given the opportunity to attend a Biological Methylation Meeting in Lisbon, Portugal, where I was able to meet the experts in the field, whose papers and publications I have been reading since I started graduate school! It was such a great experience, and it was 5 days full of science, all directly related to my field of work! I’ve been to other conferences, that were more broad and general, and I didn’t enjoy them as much as I enjoyed this conference! I was just putting up my poster during the first session (my session was the second one) and I got stopped immediately and was talking about my research the whole two hours, and then the whole two hours at my actual session! It was such a great feeling to have people who knew about my research and were genuinely interested – talking science for 4 hours and getting so many good ideas of things to try! I even won the poster award, along with a travel award, which gave me some funding to help with my travel expenses!


Traveling to conferences is a BIG thing I would suggest to anyone who is in grad school. I have taken advantage of conferences to feed my travel bug, and it has opened up so many doors and networking opportunities! And if your boss/advisor can pay for you, it is a free ticket to travel (most of the time!). I have always taken advantage of vacation time after the conferences I’ve been to – Like last year I was in Barcelona for a conference and I traveled to visit my family in Cyprus afterwards, and this year I traveled to France after! So definitely a way to enjoy your time by having an international conference and using it as an excuse to travel around! Of course, any travel after a conference is on your dime, but compared to the full price of a plane ticket TO europe, its not too bad 🙂 and I had some savings that I put aside especially for a european trip that I utilized to pay for this trip! It was amazing, because after I passed my candidacy exam, I told myself, when I graduate, I’m going to travel around europe, and I made a list of all of these cities I wanted to visit, and I made part of it happen! Graduation happened and I got to check off a few cities (not all of them, but a few is better than none!).

Scroll down to read more about the various photos I took (all with my iPhone 6!! Amazing camera for a phone!).

The conference even organized a wine tasting tour in the Marfa province, which was about a 45 min drive from where the conference was being held, and it was really great drinking wine in the countryside with professors and experts in my field! It was unreal and like a dream! 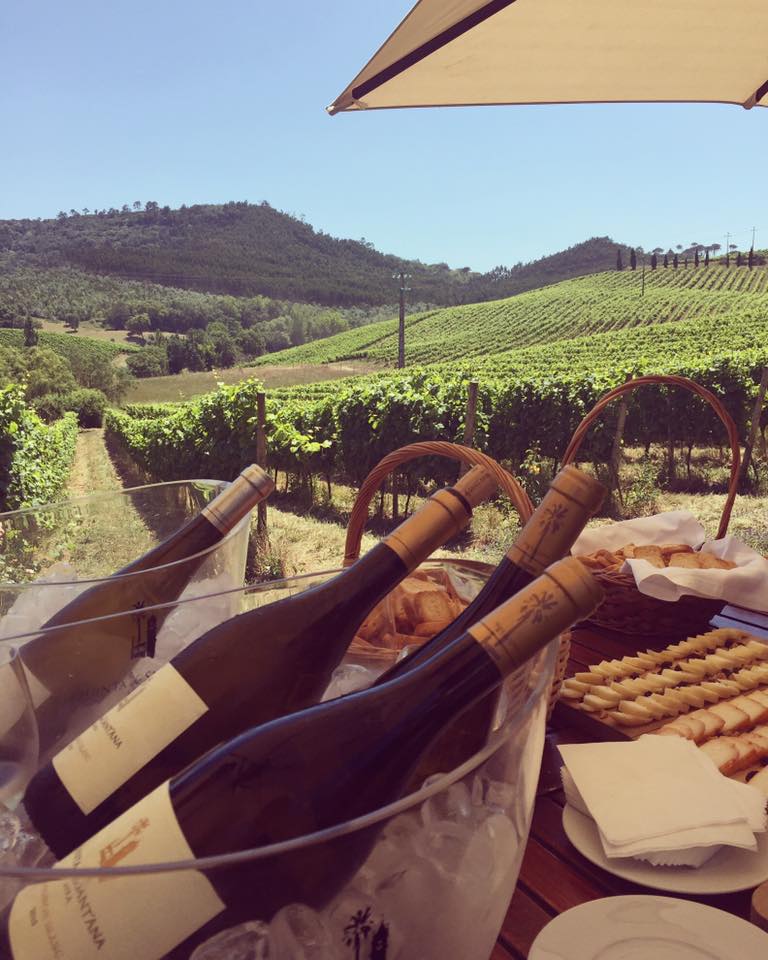 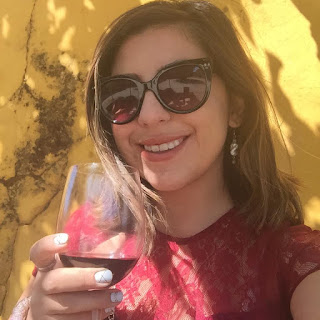 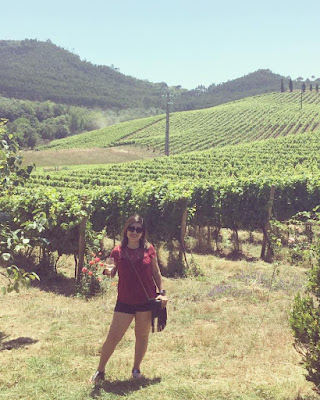 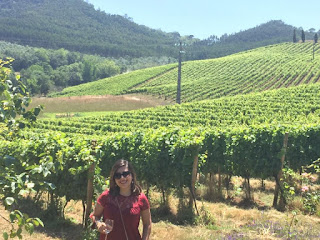 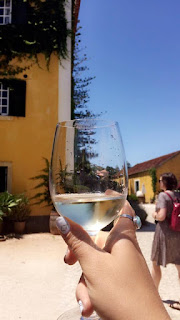 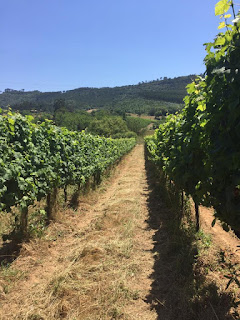 Here is a photo of me in front of my poster, with my Poster Prize Certificate! I’ve never won a poster award for all of the posters I have presented (and I’ve presented a lot!) 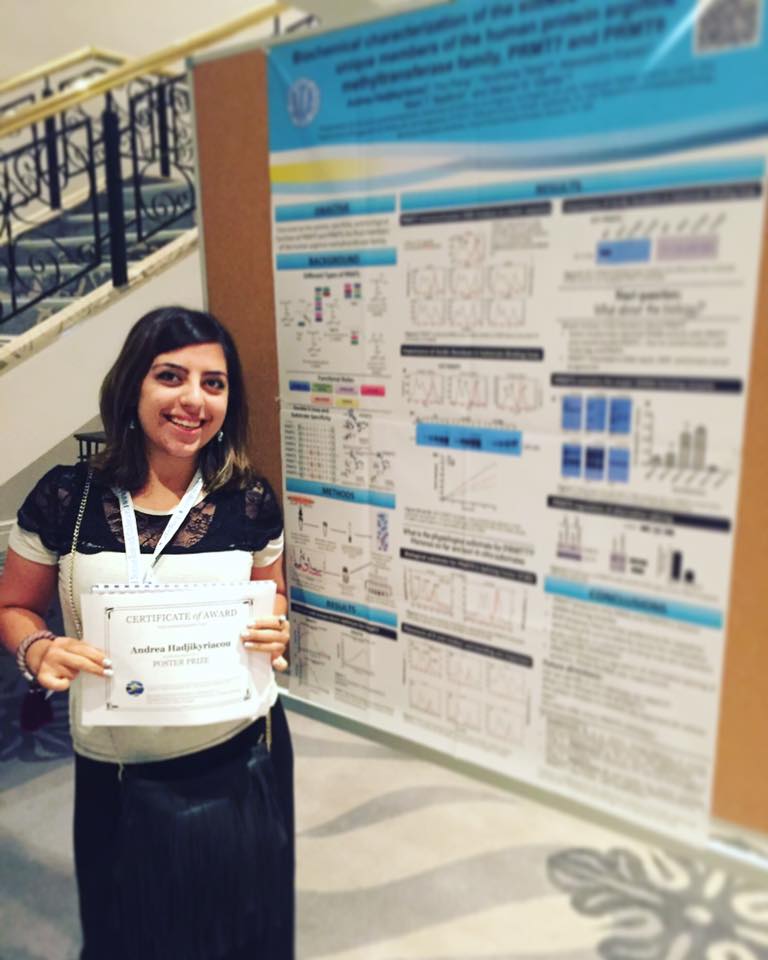 I fell in love with all of the street art in Lisbon! Walking down some small windy streets, there was a lot of graffiti, which was so amazingly intricate and beautiful! So much work goes into these wall murals, it is definitely amazing! I even witnessed some people painting over another graffiti to put their own as I was walking – didn’t get to see what they eventually ended up making, but it was cool to see in action! Here are some of the cool windy streets with some really cool graffiti art! 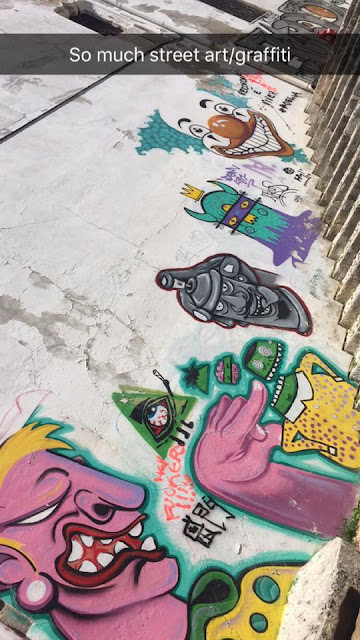 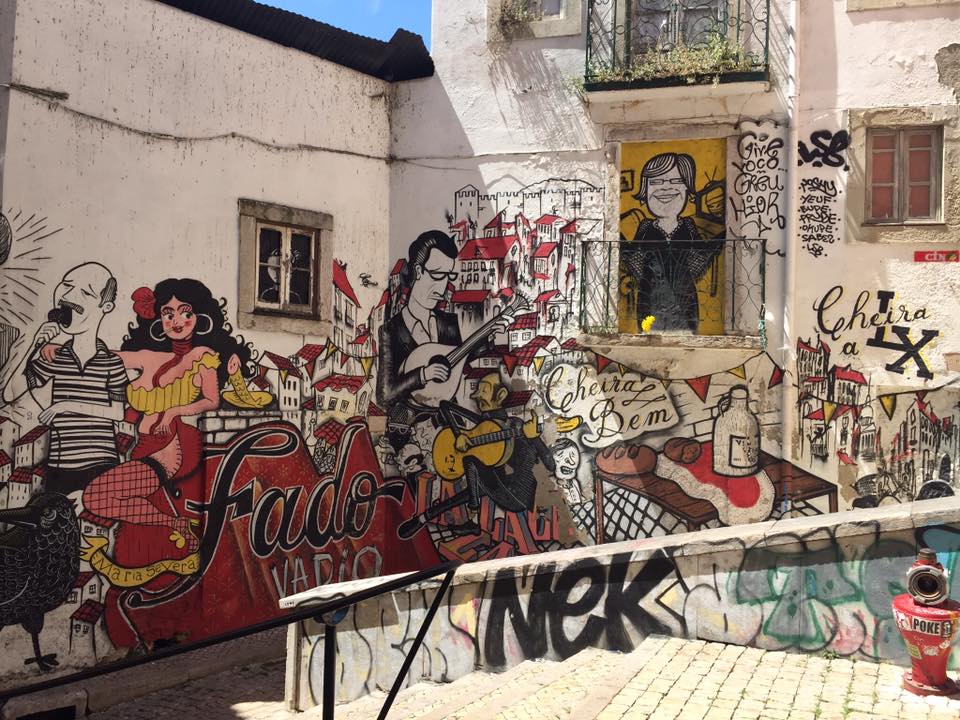 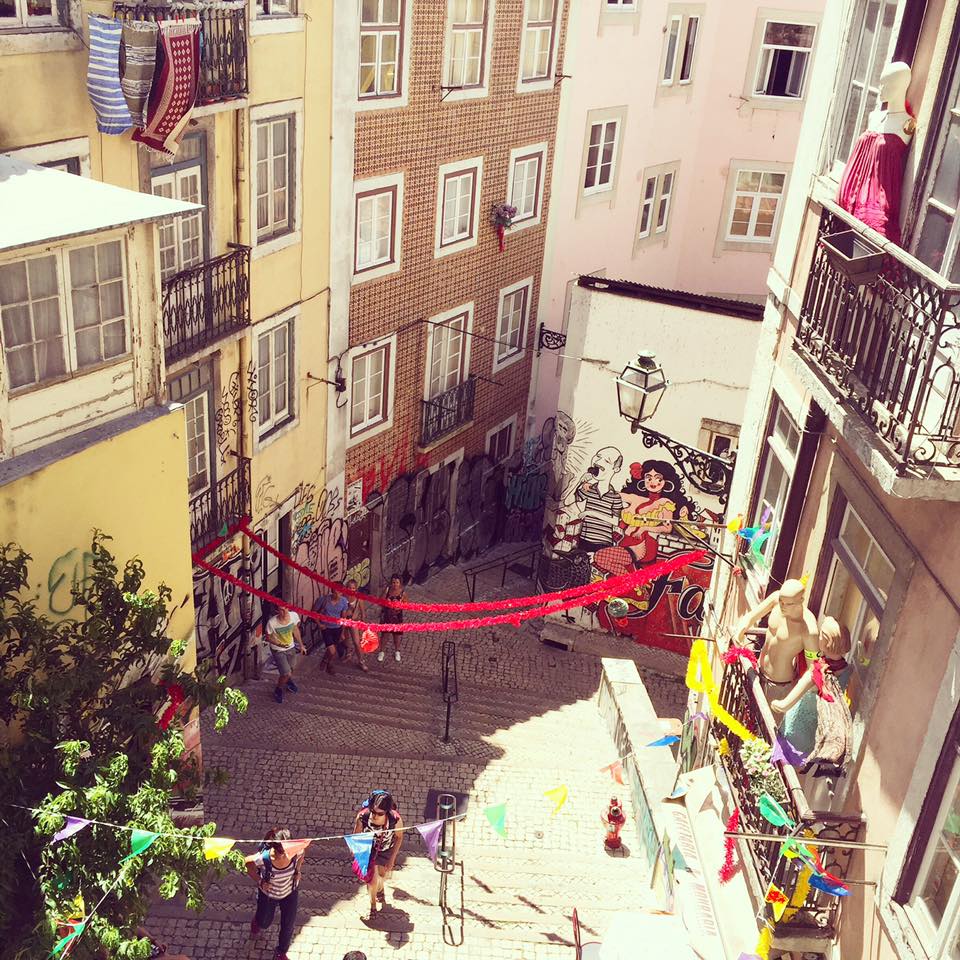 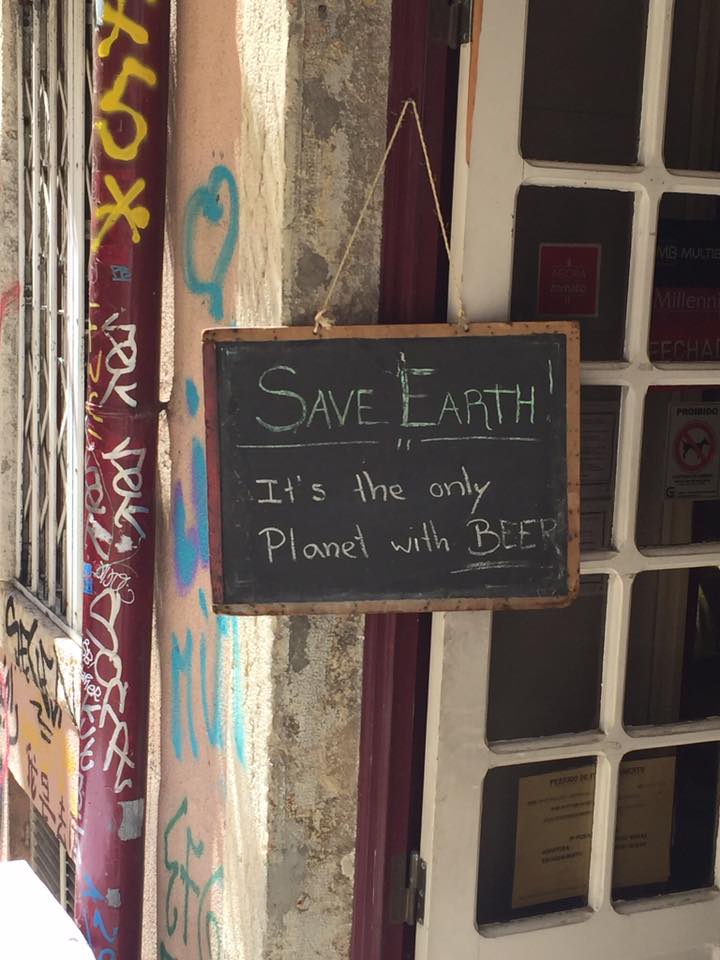 My breakfast every day was “cafe com leite” and a pastry – or a pastel de nata – the pastry of Portugal! Super yummy and tasty! I couldn’t find an actual brewed coffee but this was so good! 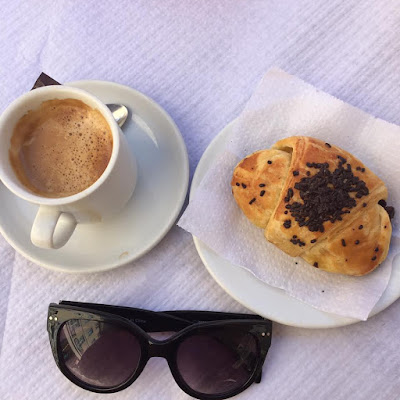 I managed to be in Europe during the Euro 2016 Futbol matches, and it was SO AWESOME. I watched almost all of the games that were happening, and it was such an amazing experience watching and cheering on for the home team (I was in France too, watching the games, more on that in future posts!). Here I was walking around and the Portugal game was on (I forget who they were playing, but Portugal won!), and it was in this area  that has all of these pop up little shops, so you could buy a cheap beer, a pastry or churro, and watch the game! We came here a few nights before where the square was hopping, with live music and a DJ and people were dancing! It was cool to return during the daylight and watch a game! 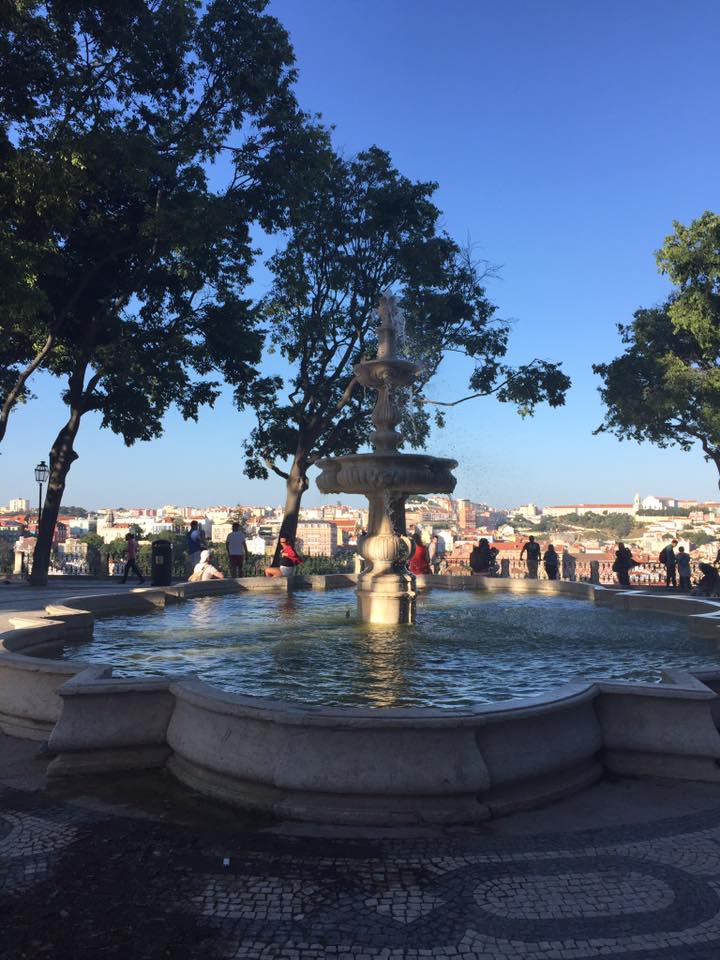 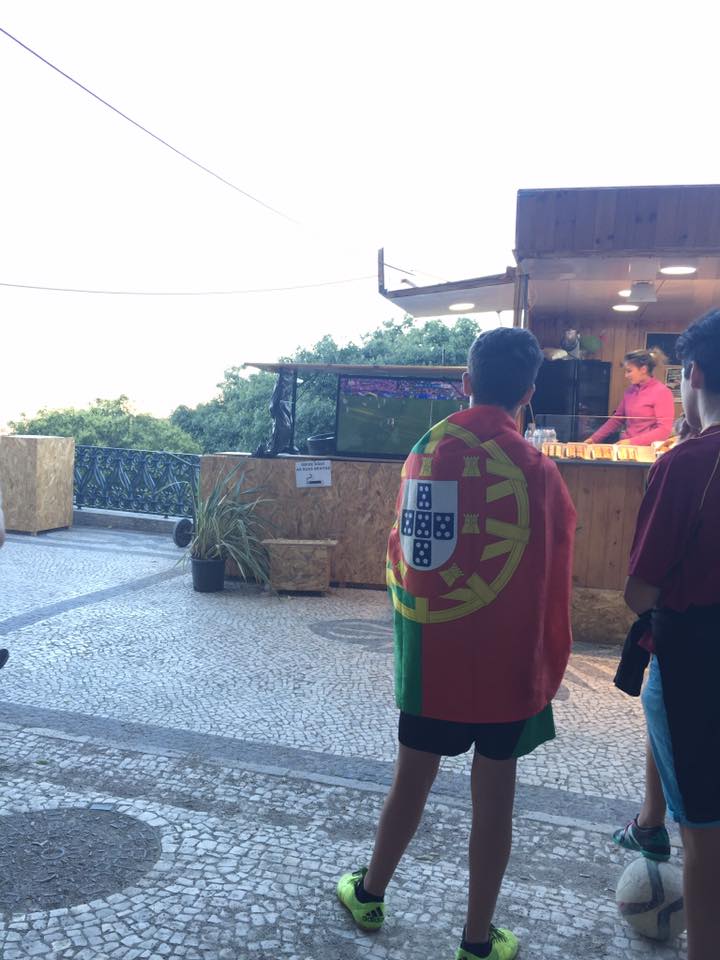 The day before I left Lisbon, I had a free day to myself (the conference ended) so I did some sightseeing. I managed to climb to the Castillo de Jorge, and it had magnificent views of all of Lisbon! I bought a glass of wine (they were selling there!) and I enjoyed sipping on my wine while taking in the stunning view! I am in love with the brown/mediterranean feel of the homes – reminds me of Cyprus! I walked around the outskirts of the grounds, and then I approached the actual Castle – It was so cool to actually climb up original staircases and view the city from the various view points in the castle! 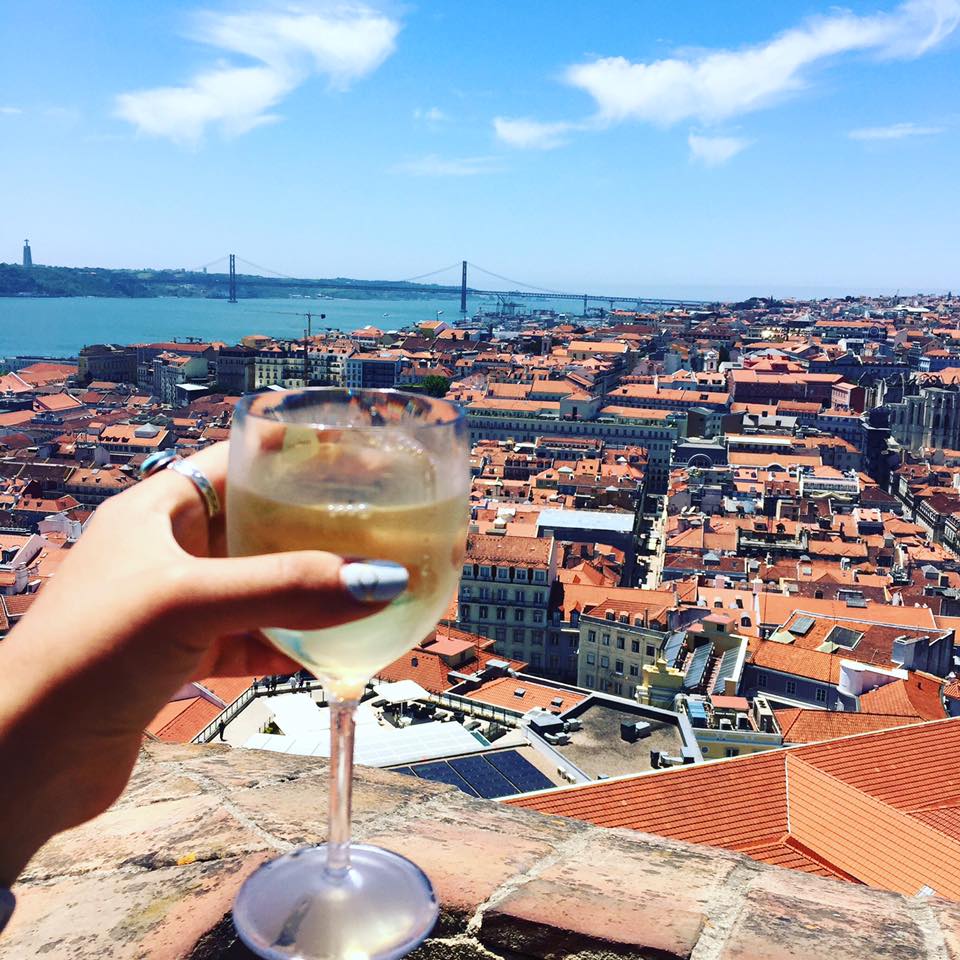 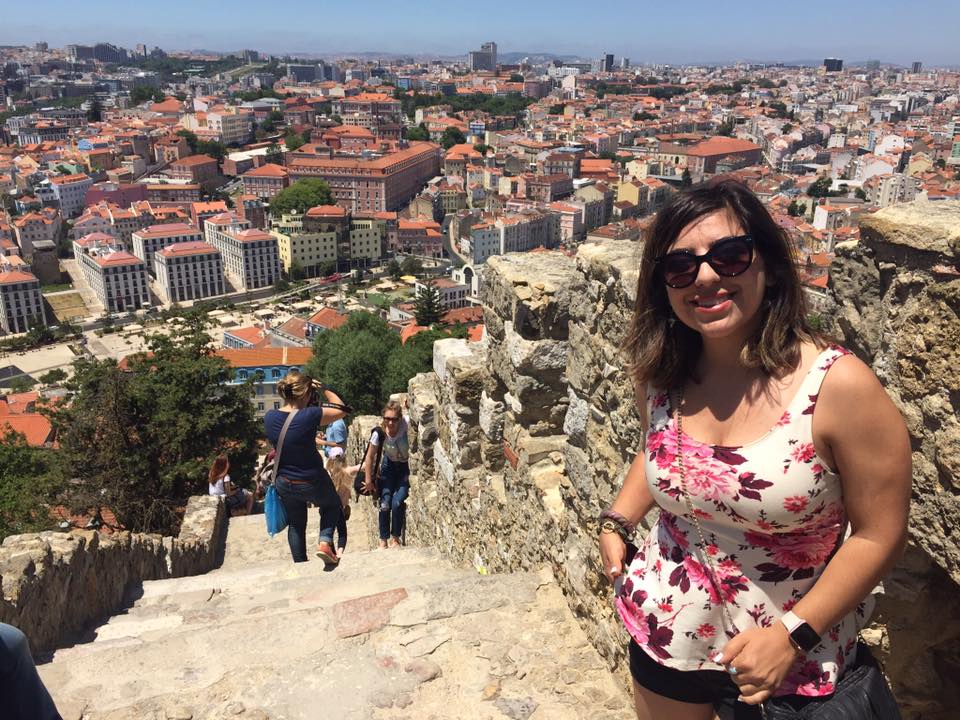 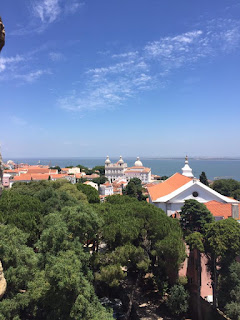 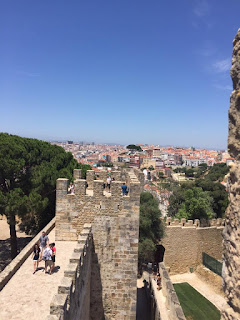 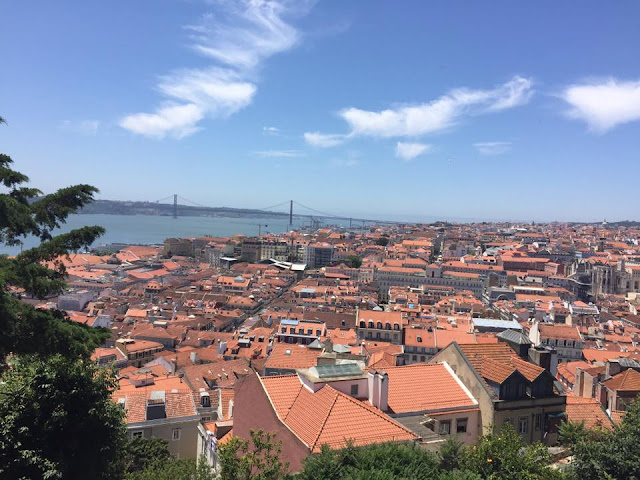 During one of the breaks during the conference (they were kind enough to schedule in long breaks in the middle of the day after lunch, so we could nap or sightsee!), myself along with my labmate and another conference attendee took a taxi to Belem Tower – It was very cool, and for a small fee (we all got a student discount) we walked into the tower, and were able to see some more magnificent views. We were able to go down into the dungeon (it used to be a prison), and then eventually climbed our way up to the top floors, and it was just so beautiful! 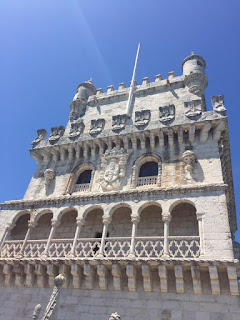 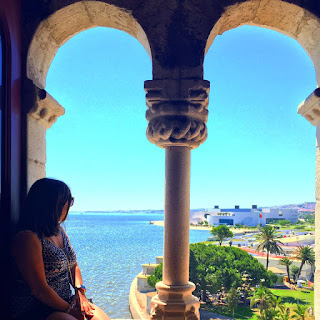 One of the nights out with fellow conference attendees – we walked around the main square by the beach, Praca de Comercio ! Here was an outfit I bought in Portugal, I bought the yellow dress from H&M just a few steps away from where I took the photo! I love picking up pieces from various places when I travel! I bought some handmade jewelry and accessories too that I will feature in future posts, so stay tuned! I love getting unique pieces that you won’t see on any other blogger! 😀 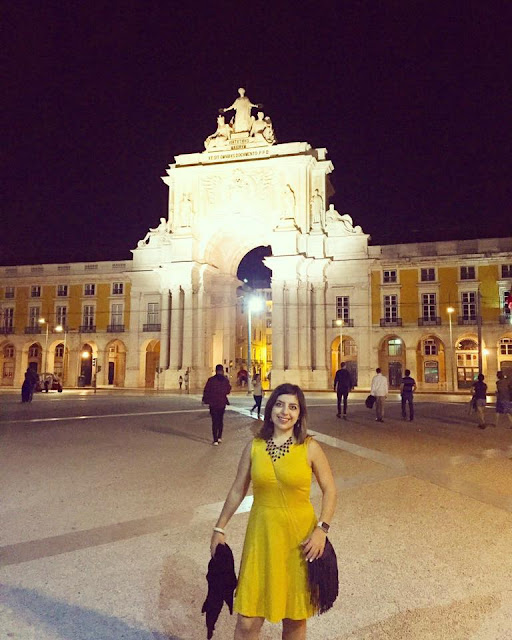 I have lots more photos from Lisbon, but I already shared a lot – I shared the highlights! I had such a great time in Portugal and it was definitely one of the highlights of my trip!

Stay tuned for Part II – I traveled to quite a few places since I was already in Europe – Next post will be about my time in Nice, France, on the French Riviera!

Have you been to Lisbon or Portugal before? Do you want to go to Portugal? Let me know in the comments below, and if you have any tips for next time!