Hello!
I am reporting to you live from Boston, MA, where I am attending the Experimental Biology 2015 Conference, as a member of the ASBMB! I am going to be blogging about the conference daily, so be on the look out for new posts from now until Wednesday! This is different than my regular posting schedule where I post twice a week on Mondays and Thursdays, so I hope I don’t overwhelm you with my posts! And I will be talking about some science, but I will try to integrate conference fashion as a relevant topic! 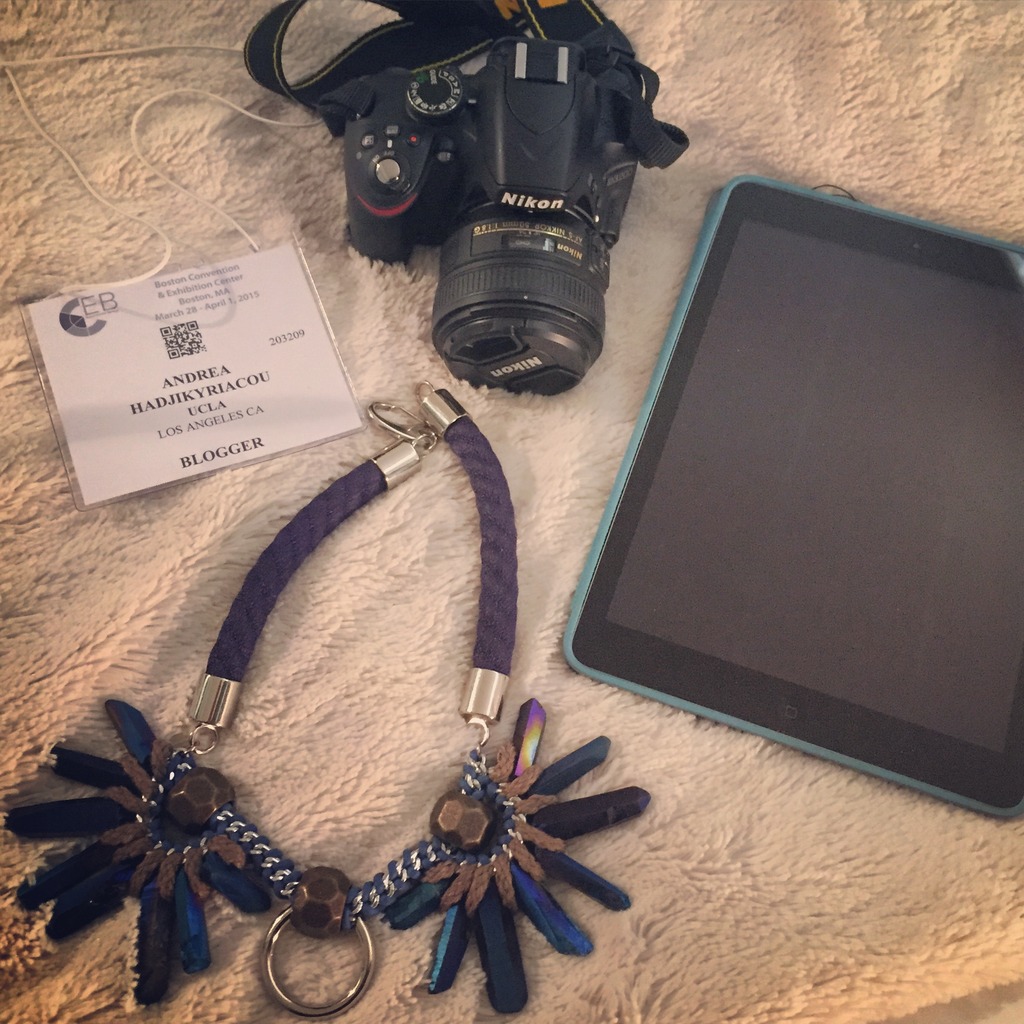 My Conference and blogging essentials: My camera, my conference badge, my iPad to take notes and update social media, and a staple, a statement necklace!

Today was the first official day of the conference, with the Opening lecture for the ASBMB track at 6 pm, followed by a welcome reception. There were several events, talks and workshops going on during the day but they were mainly for travel awardees. Seeing as I landed late last night, and the three hour time difference from west coast to east coast, I unexpectedly woke up at 11 am… and was I in for a surprise, it was snowing! It looked very pretty from my hotel window, so I didn’t mind it. I ended up walking around Boston and got some lunch, took in some sights, and just enjoyed my time before heading to the Boston Convention and Exhibition Center to sign in. But really, the snow got old really fast. I wasn’t prepared for snow, and it was cold! I was lucky to get a hotel near Faneuil Hall/Quincy Market, which has a lot of nice restaurants, shops, bars, etc. very close by, and not too far of a walk from the Convention Center (1.3 miles).

What about the science? The ASBMB Opening Lecture was for the Herbert Tabor Research Award, that was given to Dr. Joan Steitz from Yale University. She gave an AMAZING talk on “Noncoding RNAs: Small, Large and Viral.” After a great introduction, Dr. Steitz talked about 40-50 years of research on noncoding RNAs and how her laboratory team has uncovered several groundbreaking things, such as the triple helical structure of viral noncoding RNAs, which I think was the coolest part. Noncoding RNA-protein complexes are found in most eukaryotes, and Dr. Steitz’s lab looks specifically at viral noncoding RNPs, particularly in gamma-herpesviruses. What I thought was most interesting, was the prevalence of Epstein-Barr virus (EBV) in adults (98.5% of adults have a latent form of EBV). EBV, which causes mononucleosis (or what we commonly know as “mono”) as well as certain cancers, encodes for certain small RNAs that can alter host metabolism for the advantage of the virus! Other viruses contain similar types of RNA structures, but with limited sequence homology, which I thought was rather interesting. Through these structural homologies, they were able to identify other viral noncoding RNAs and found the triple helix structure, which forms in order to prevent degradation.

And the Fashion: Since it was snowing, I figured it would be relatively cold outside, which it was (32 degrees!), and I figured I would get soaked walking around, so I opted for jeans and my knee high boots instead of dress pants and heels. I will wear those tomorrow when the weather is supposed to be nicer. I went with a plain white tank top from Forever 21 with a navy blazer I got from Ross the other day, from the brand “Mine.” This navy blazer is super comfortable and warm, with some gold button details on the arms and to button it up. It is very flattering and was the perfect addition to my outfit. To accessorize I wore my Yayoi Midnight Waters Necklace I got from Boyajian Trend Gallery that I have worn and posted about a few times now. It really is a versatile piece that can be worn with different outfits and still make a great statement! When I have some more money I would love to get another necklace in a different color! Here is a look at the outfit! 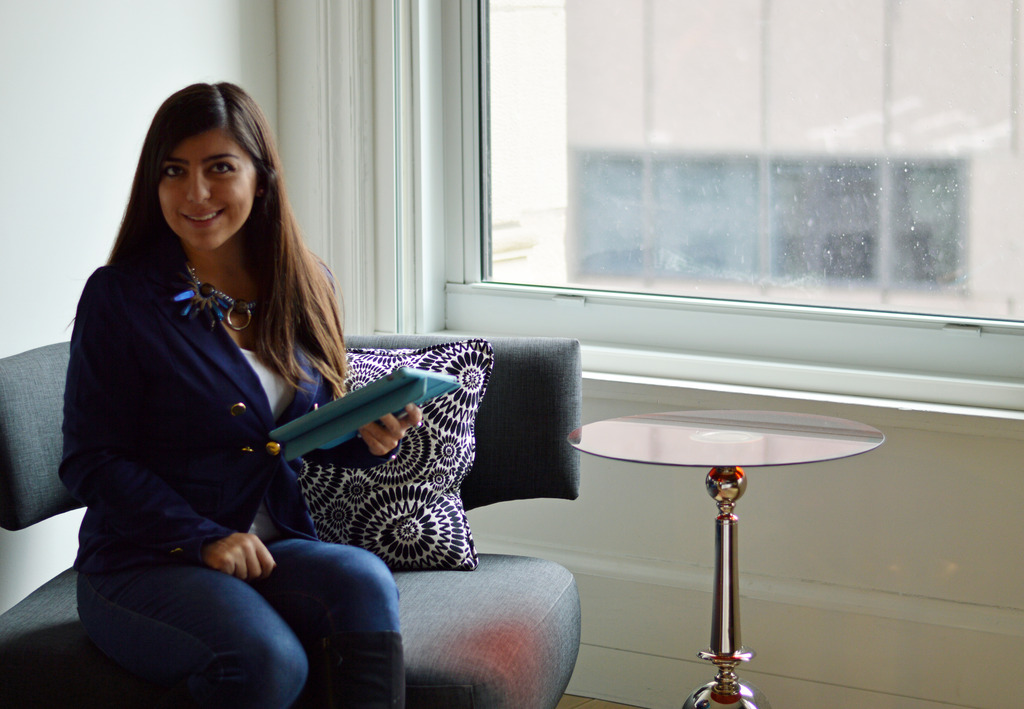 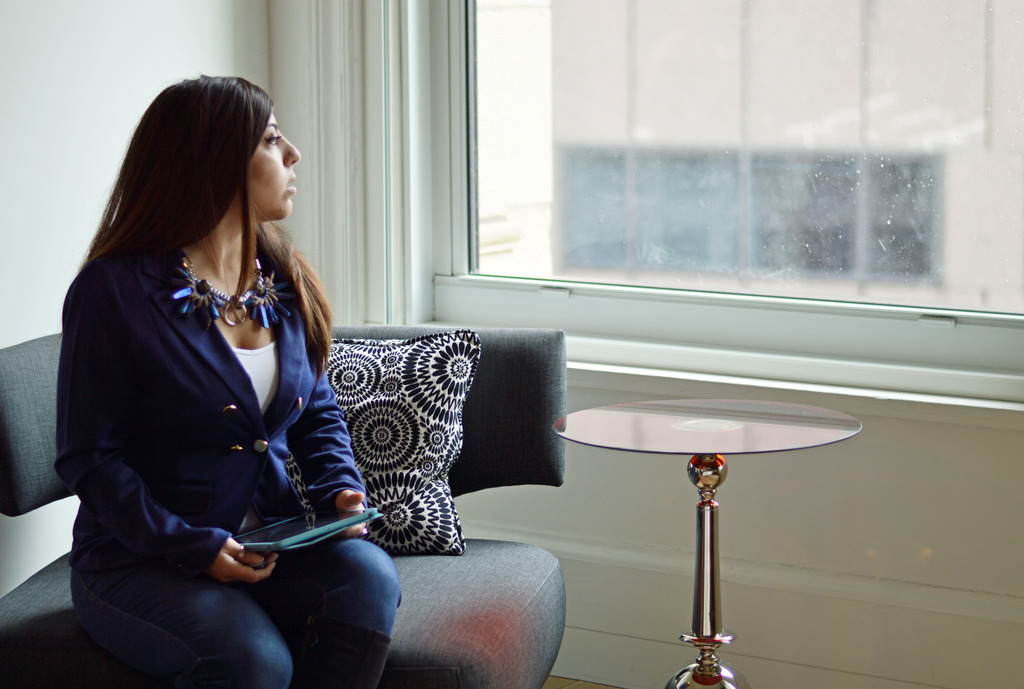 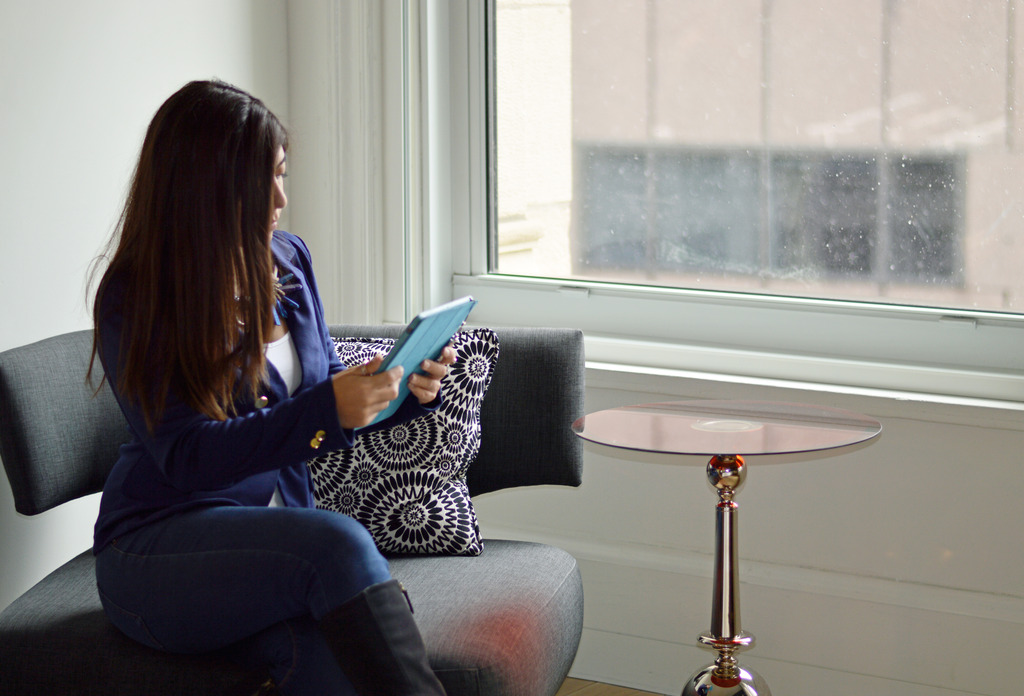 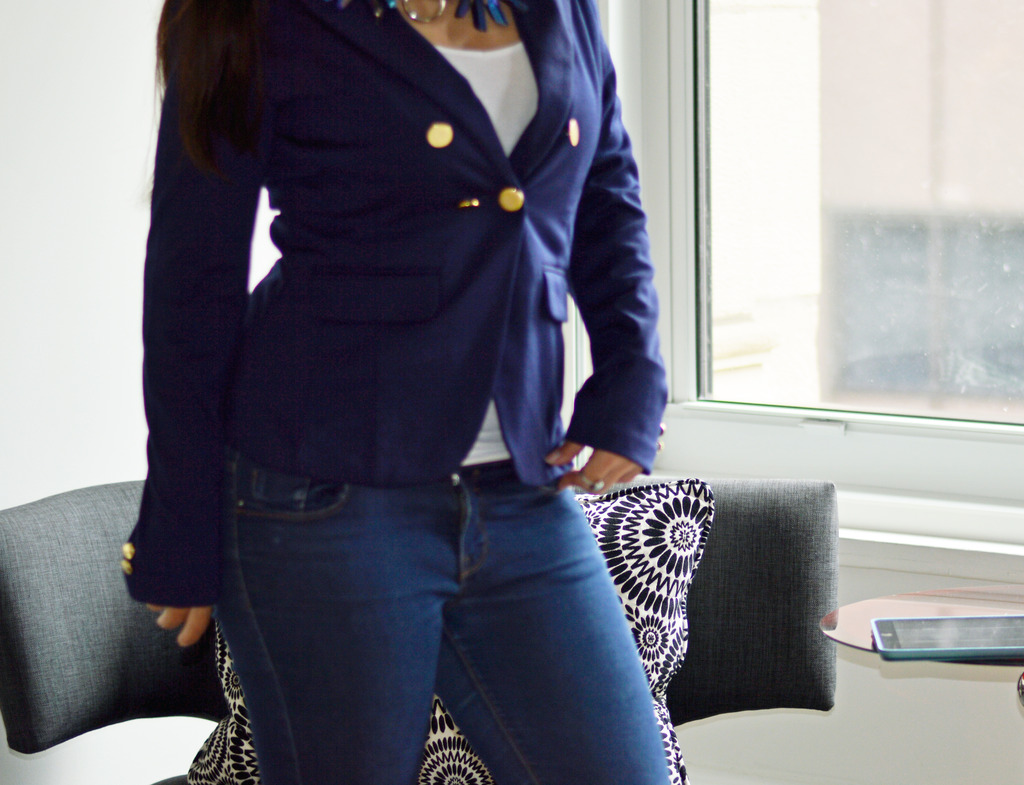 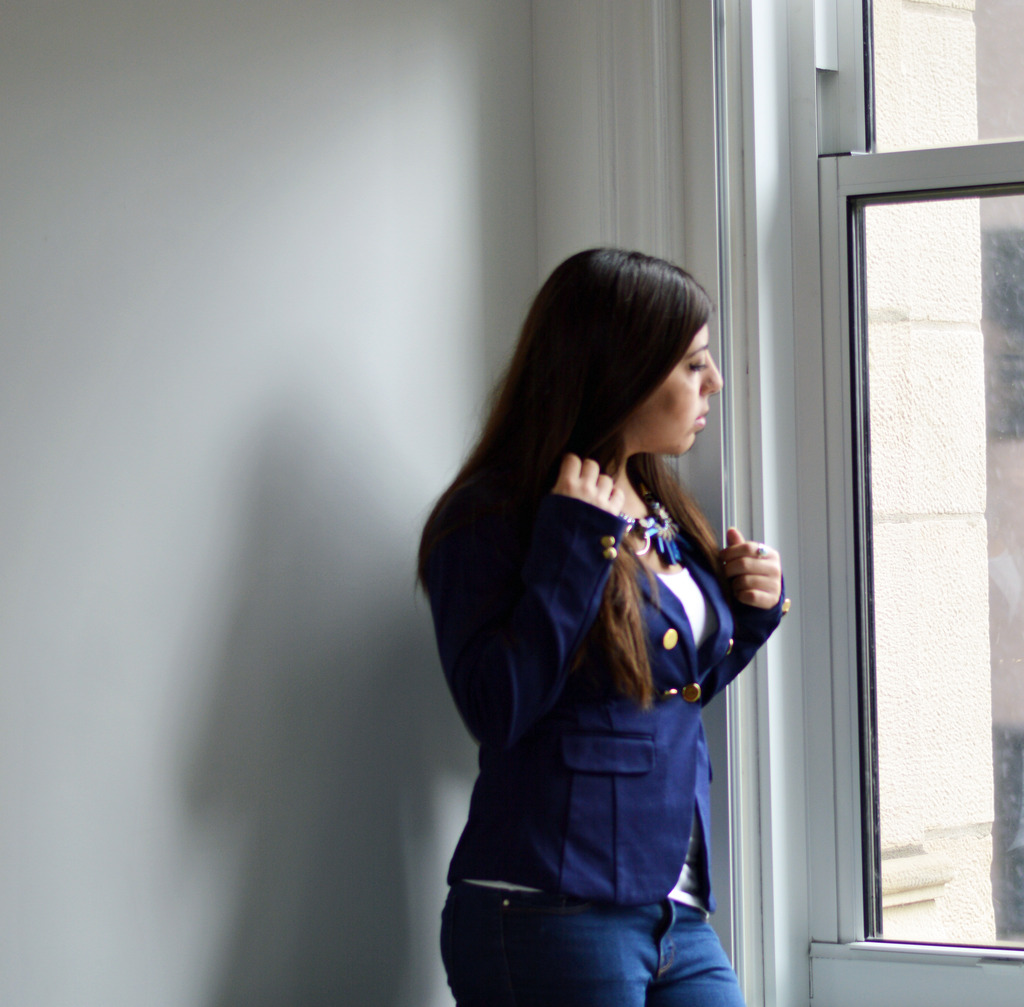 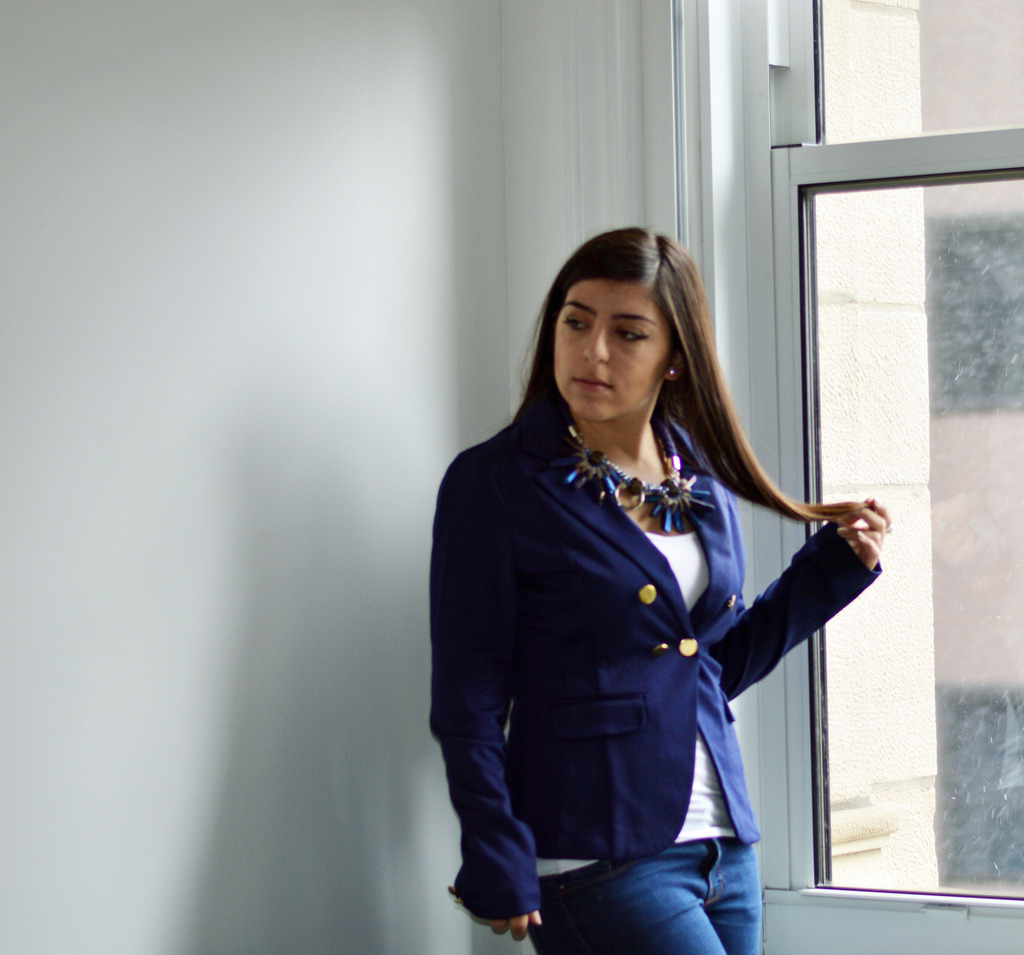 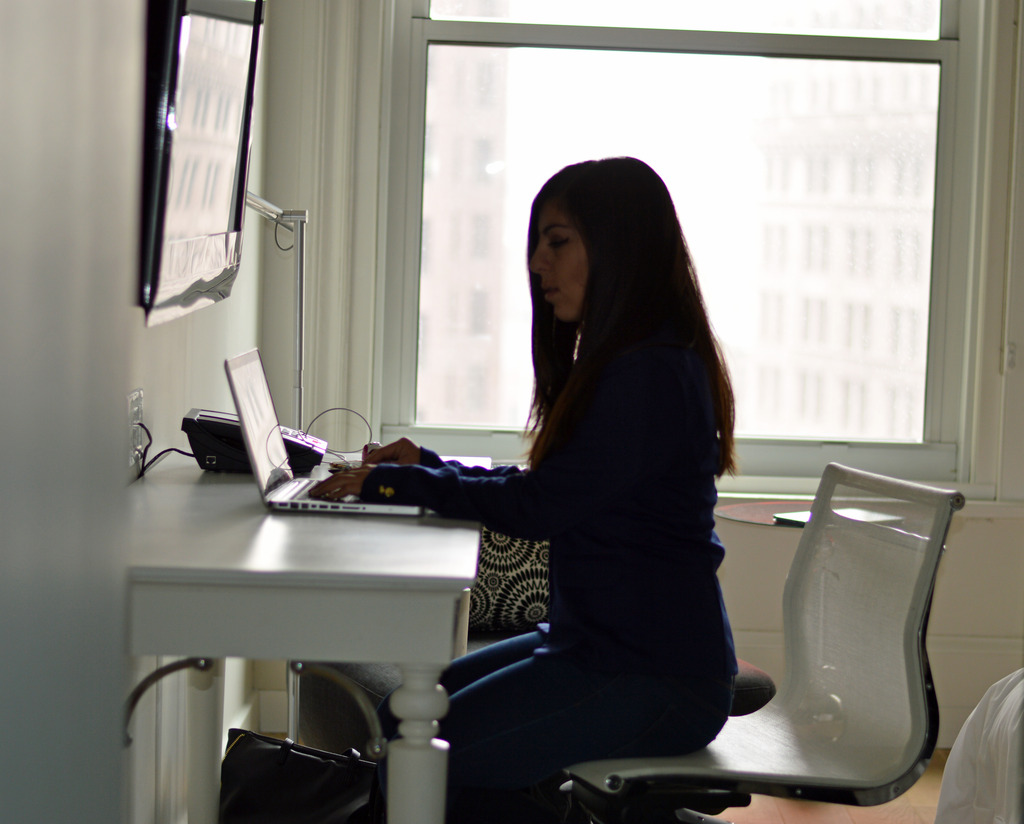 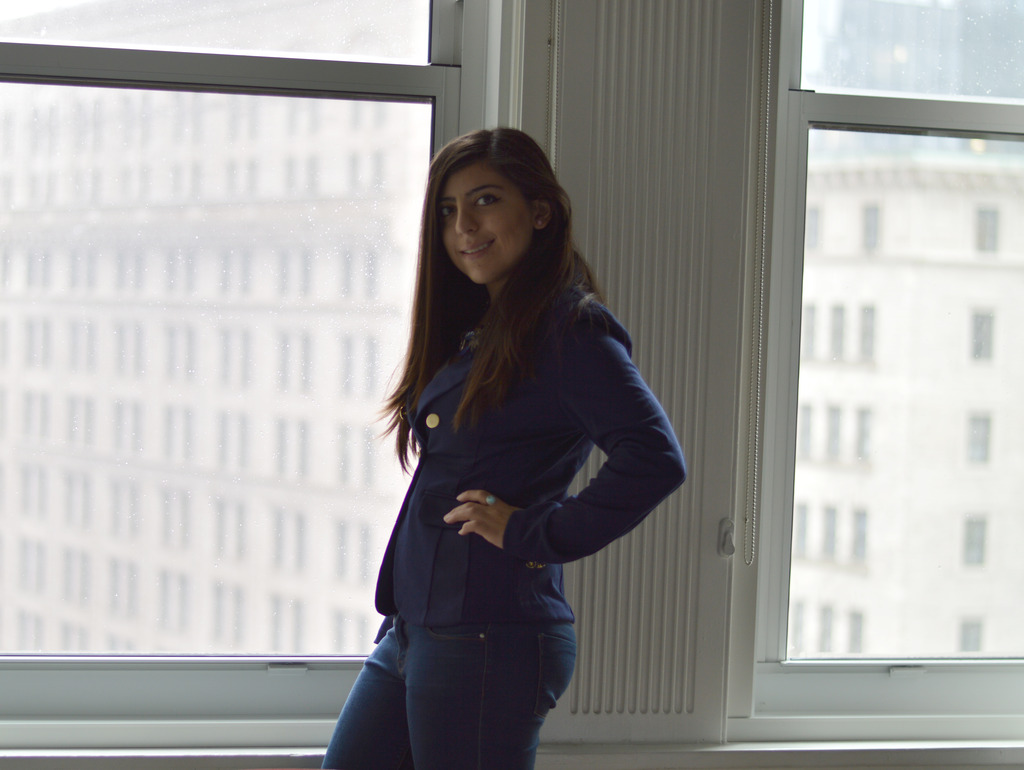 The fashion at the conference this evening was a mix of casual (jeans and shirts) and business (dress pants, blazers), so I felt comfortable in my fusion outfit, with a little bit of dressy while still casual with jeans! The boots I think were a great touch (I didn’t get a photo of my boots, but I have worn and posted about them before! They are my go to boots from target!).

What do you think about this outfit? Is it casual yet still dressy enough for the opening lecture? Let me know in the comments below!

Stay tuned for tomorrow’s post, where I will be featuring my next outfit!

Follow my live conference science and fashion updates on Twitter (@phd_fashionista) by following the hashtags #ExpBio, #EB2015, #ASBMB, and my fashion hashtags #ExpBioFashion.


If you are at the conference feel free to tag your fashion related posts using the hashtag #ExpBioFashion or tweet at me to hunt me down and I can take your photo to feature in a post this week! You can also send me an email at andrea@phdfashionista.com with your outfit photo if you would like to be featured but too busy to find me!
I would love to hear feedback in the comments below!