Happy March everyone!!
Wow, the month of February has come and gone and we are now in March! Time is flying by!
It was beautiful in LA this weekend, it was in the 80s so on Saturday, some friends and I went to the beach to surf, chill and relax by the water!
I wore my Fringe bikini top by L*Space, I just love it! It is the original fringe bikini, before a lot of other brands started copying it and selling it for less than 1/4 the price!! This top was 71 dollars! And worth every penny. But when I see cheaper brands selling the same or similar style for not even 20 bucks, I feel cheated. Anyway, here is my suit, paired with a black bottom from Victoria’s Secret! 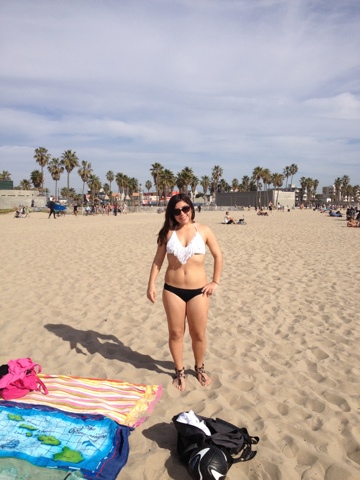 I decided to do a comparison of the Pixi Pop mascara I received in my Ipsy Glam bag this month, with my favorite DiorShow Blackout mascara.

The DiorShow Blackout mascara did a much better job at defining, separating, and lengthening my lashes, which I really like. This was not a fresh bottle of mascara either, I have been using it for about 2 months. When you buy the mascara new, the lashes are a lot thicker and darker (see image on left!) The Pixi Pop mascara, although a sample, was freshly opened, and while it did separate my lashes, it did not leave me satisfied (see image on right!). I liked the Dior mascara because it lengthens and darkened my already long lashes, and it makes it seem like I am wearing false eyelashes! One time my mom asked me where I bought my lashes from! It’s from the mascara! Also, the Dior Mascara is 25 dollars at Sephora, whereas looking online, I believe the pixi mascara is anywhere from 10-17 dollars. I would spend the extra dollars for the Dior mascara, as it is definitely worth it. When I first started wearing makeup, I told myself I would never pay something as expensive as 25 dollars for a mascara when you can get the same thing at the drug store for 6-8 dollars. But was I wrong! This is definitely worth the money! 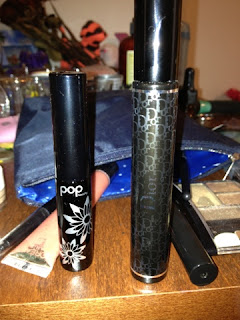 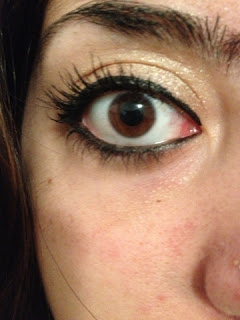 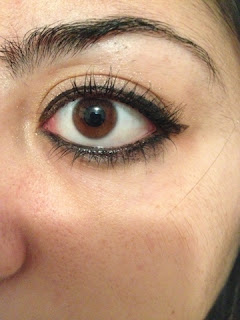