Ok so this weekend was rather fun! First of all, I felt really accomplished because I am getting closer and closer to my weight loss goal! I’m not keeping track of my weight but instead going by how I look, as the scale lies. Muscle weighs more than fat so I have been gaining rather than losing, but I look much more fit (at least, I think so!). Take a look at my before and after pics. They aren’t that good quality and I am still working on it, but I have trimmed down my pooch belly quite a bit. Still have to do more work but getting there! The pictures on the left are from March, right from Friday. 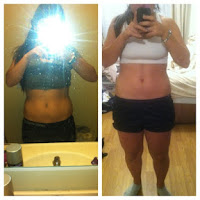 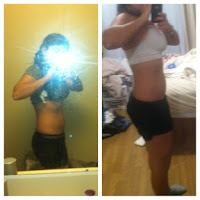 Also, I’d like to share that after 6 months of recovery from my knee injury, I have finally gotten back on the treadmill!!! I ran two miles Saturday afternoon with no pain to my knee afterwards!!! It’s amazing! My endurance has greatly increased from going to the fitness classes the past few months so I could’ve definitely gone for another 2!!! But I decided not to push it too much and start out slow. I tried to run with better form by flexing/sucking in my core and changed my running stance and lo and behold I wasn’t feeling any pain and my shins didn’t hurt!!! I will be working on running more! I feel so proud and accomplished! 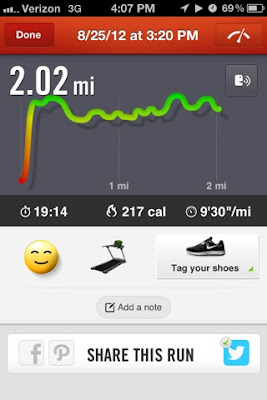 My stats for the run, started slow but progress!!

Last night I also went to a club with some friends in Hollywood. We took a really cool party bus to Tru Hollywood where one of my friends, head of the Bruin Party Network was spinning the main stage! It was awesome! Well, here is what I wore: an orange/tan dress from Forever21 that criss crossed (I actually wore it backwards so the criss cross was in the front, I figured I was going to a club and I should sex it up a little, it was higher up in the front originally, but I thought it was cute backwards!). I paired this short dress with 3/4 sleeves with leopard print heels (See below) from Jessica Simpson and a black Coach cross strap purse. I curled my hair and used a bright red lipstick to bring it all together. I was rather loving my outfit! what do you think? 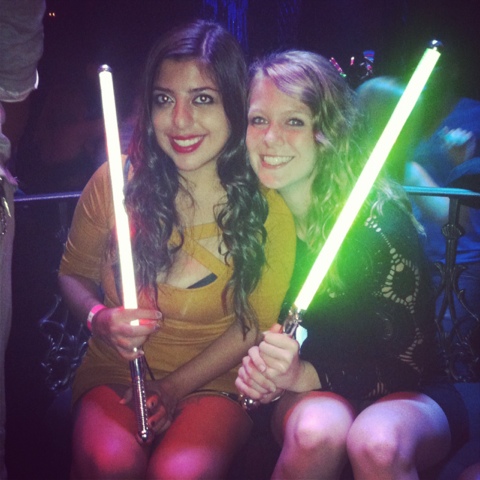 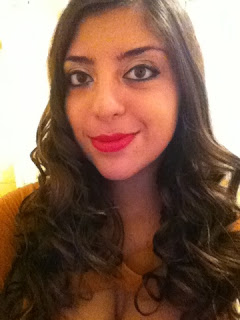 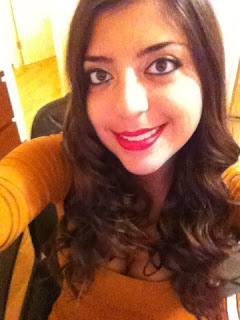 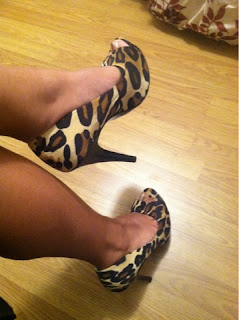 PS I was watching TV tonight and Aladdin was on… and I have decided I am going to be Princess Jasmine for Halloween! Haha, super early but I think I can get the abs by then, so I have been looking at costume pieces on ebay. I found the harem pants for a decent price and decided to order them because they will be taking forever to arrive… and I will just buy a blue bandeau top from a bathing suit… hopefully it looks good!